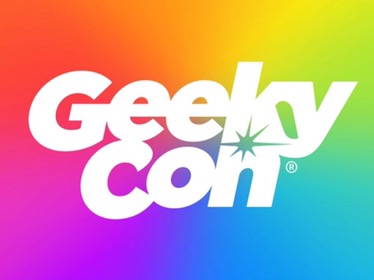 Last summer, at the Dinner Party Project, I gallantly proclaimed that I wanted to be the next J.K. Rowling, and write a story that would inspire people of all ages to read again.  Alas, the creative juices haven’t been flowing in the fiction department, but since then I have written more here. I’ve gone through a rebranding process through which I have made friends with some amazing local nerds. It was the lovely Liz over at Nerd in the City who informed me at MegaCon that I MUST go to GeekyCon! Two months have breezed by since then, so now I’m dusting off my broom and getting ready to Geek Out Muggles and magic folk alike! 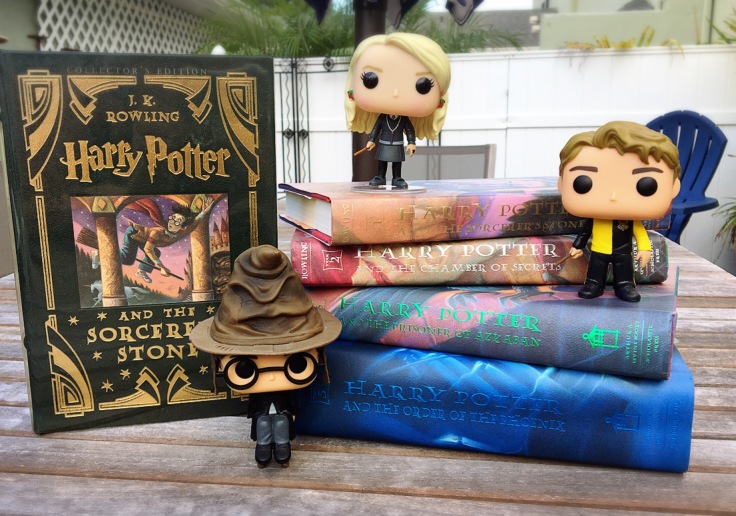 Yes, there are TWO copies of Harry Potter & the Sorcerer Stone!

How I Became Wild About Harry

My sister deserves full credit for  packing my bags and shipping me off to Hogwarts. For Christmas 1998, she bought me a copy of Harry Potter and the Chamber of Secrets. I was in my second year of undergrad and I had come home for the holidays. When she schooled me about how popular the series was, I had to confess that 1) I had never heard of it, so 2) I hadn’t read the Harry Potter and the Sorcerer’s Stone. Needless to say, we went to the bookstore the next morning, so I could get started from the very beginning. 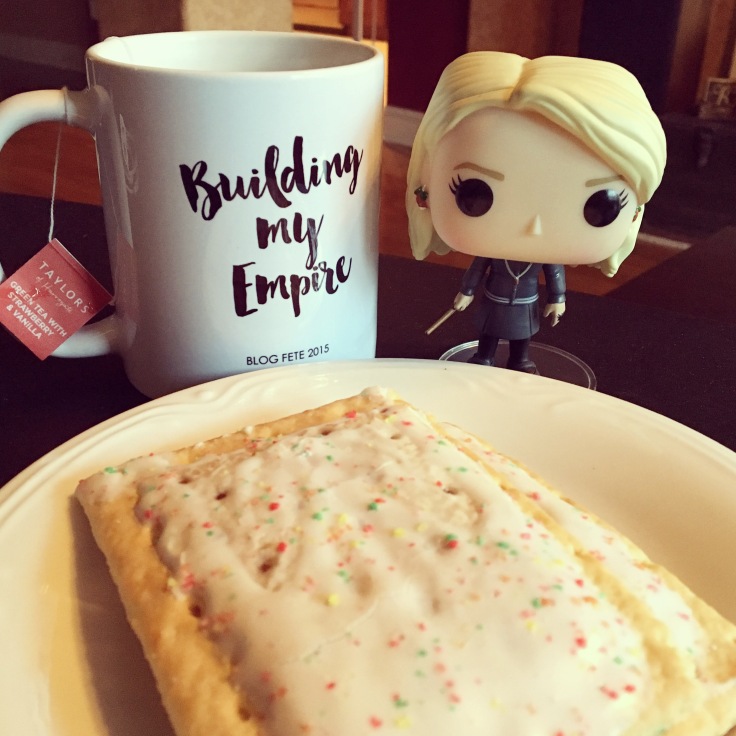 I could write pages upon pages about my love for Harry Potter, but I think after a tick off a few more action items off my to do list (see below) I can write a more developed analysis and ode to all things Potter!

To my knowledge, my father is not a wizard and my mother is not a witch. If they are magic folk, they’ve kept it hush hush for the nearly 37 years of my life on this planet. 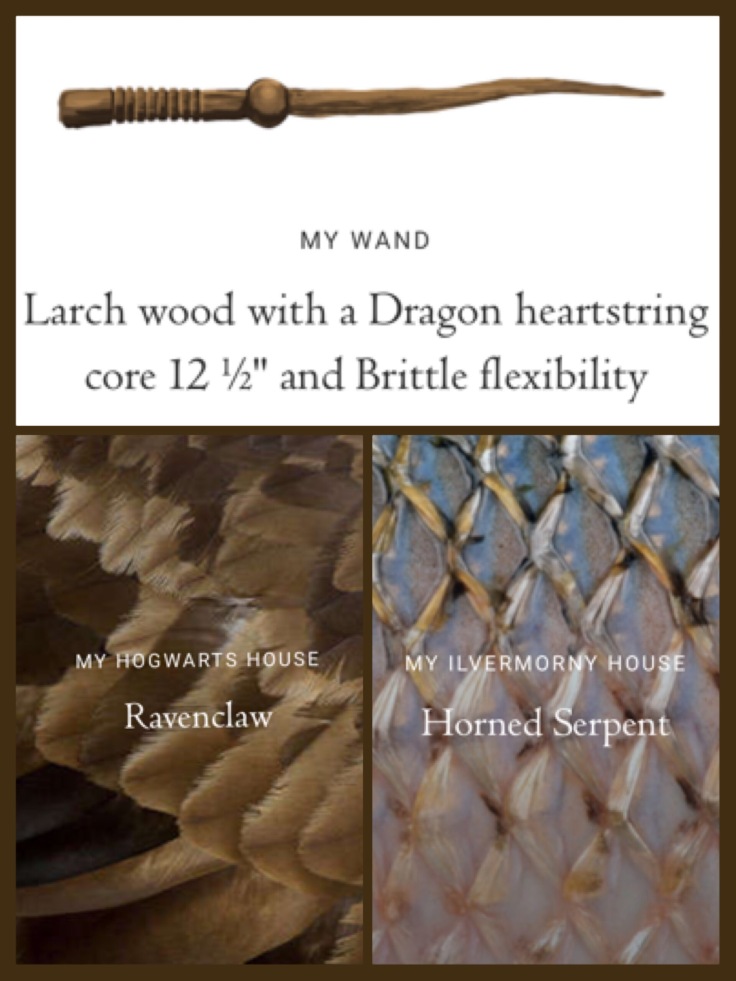 EDIT! When I lived in Japan, my friends and I could not WAIT for Harry Potter and the Goblet of Fire to come with Japanese subtitles, so we went to the cinema and sat through the Japanese dub. We gained the general idea having read the fourth volume in the series, but I ended up seeing it again once it was released with the English dialogue with subtitles. {Originally, I omitted this paragraph because I couldn’t remember which film it was, but massive kudos to Becks for reminding me! I have a feeling that I did the same thing for Lord of the Rings: Return of the King, but it was so long ago and movies in Japan are so expensive!}

“…And You STILL Call Yourself a Fan?!”

Brace yourself because I am about to air my dirty wizarding laundry as I liberated my house elves long ago. Fandom is about celebrating what you love, and embracing that idea that different people own their fandom differently. Some jaws may drop while others may call for the revocation of my nerd card and geek cred. Yes, there are items left to tick off the checklist, but then again, my Hogwarts letter arrived 25 years late. 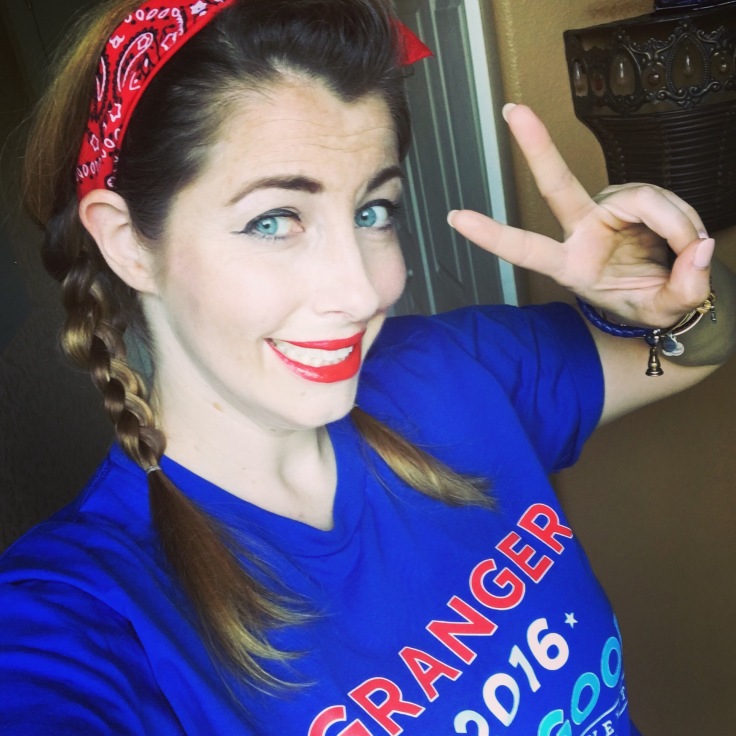 I’ll be repping one of my favorite election tickets Granger/Lovegood 2016!

“But wait, Karen! Aren’t you confusing GeekyCon with LeakyCon?!” You might think so as they are both operated by Michief Management, but there is substantial Harry Potter programming on the schedule in addition to other geeky programs, podcasts, youtube creatives, young adult authors and live music! Yes, there is so much more, so stay tuned! 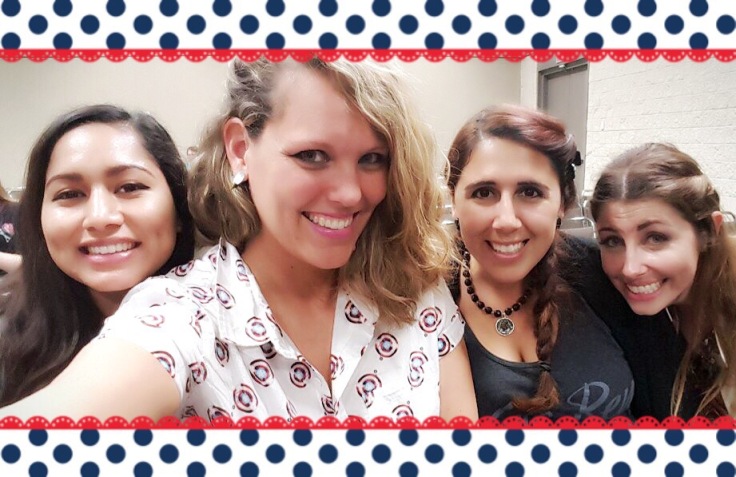 Don’t hate on my Geeky Squad! I can’t wait to meet up again!

8 thoughts on “Defining my Wizarding Identity with Harry Potter”