I has been a while since I talked about flying. Over the last year, I’ve been repeatedly asked if I miss the ability to drop everything and hop a place to a destination of my choosing. Yes and no would be the best answer. There are many things I do miss about traveling, but there are certain aspects of the job I do not miss at all. Focusing on the positive aspects of the job, I’ll answer five of the most common questions I received while I was a flight attendant (or that people ask when they learned I was one previously.)

Q1: What is the most fun you had on a layover?

A: Madrid, Spain. I had an absolutely fantastic crew and we went on a pub crawl around the city lead by one of the Spanish-speakers. We ate and drank and laughed so much, and I am fortunate enough to keep in contact with them even though I stopped flying.

You mess with the Bull. You get the horns, Y’all.

Q2: What was the biggest mistake you made with working your schedule?

A: Oh you mean the time this Florida Girl accidently picked up a trip to Moscow, Russia in the dead of MARCH thinking it was Barcelona? I transposed the numbers in a last minute chance to pick up some extra hours, and got my wires crossed. Being the most junior on the crew, I was stuck being the International First Class Galley Position, one I had never worked on any of my previous international trips. I was fortunate that the Purser was patient and encouraged me (even though I did cry at one point). The Captain took several of us first timers around town which was awesome because there is NO ENGLISH anywhere in Moscow that I could find. My only regret is that we ended up at an Irish Pub which didn’t have a lick of Russian Vodka available! 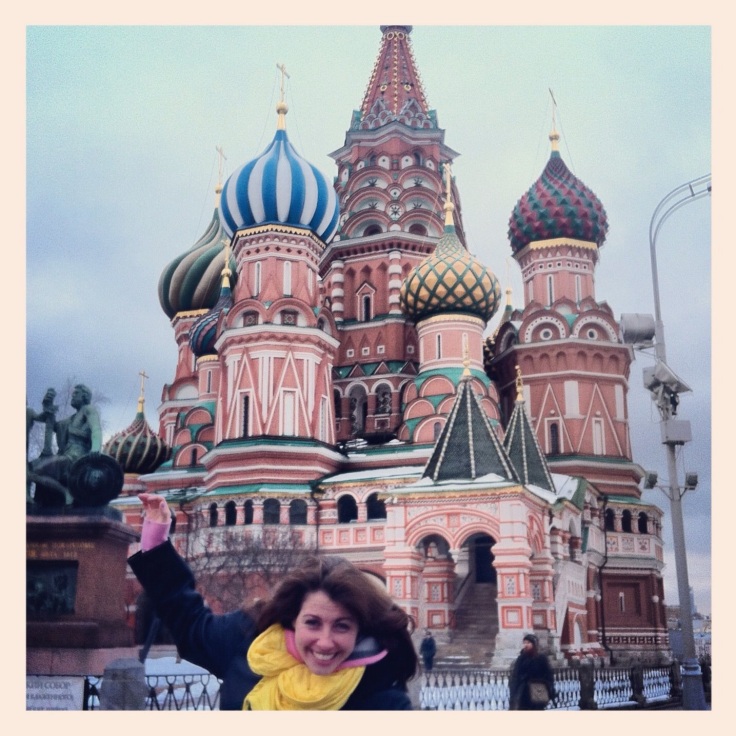 My Affair in Red Square was freezing, but fantastic! (2012)

Q3: What’s the craziest thing you’ve seen on your flight?

A: I won’t say it’s crazy, but I did get the chance to snuggle a teacup piglet that was certified as an emotional support service animal. His name was Fat Fat and he was a heartbreaker with his little piggy kisses and wiggly bottom. We had him on a transcontinental flight and he was silent and well behaved the entire time. The only other service animal I wanted to see was a Shetland Pony, but sadly, that didn’t happen before I left.

Fat Fat almost made me reconsider my love for bacon.

Q4: Explain Laviation. Is it really a thing?

A: It’s that perfect bathroom selfie by a crew member in an airplane toilet. Airplane toilets are referred to as lavatories, so it takes lavatory and pairs it with aviation giving you “laviation.” My personal best was on one of our retrofitted Boeing 737s with large mirrors, bright lighting, and on the first flight of the morning before it was even used by any crew members! 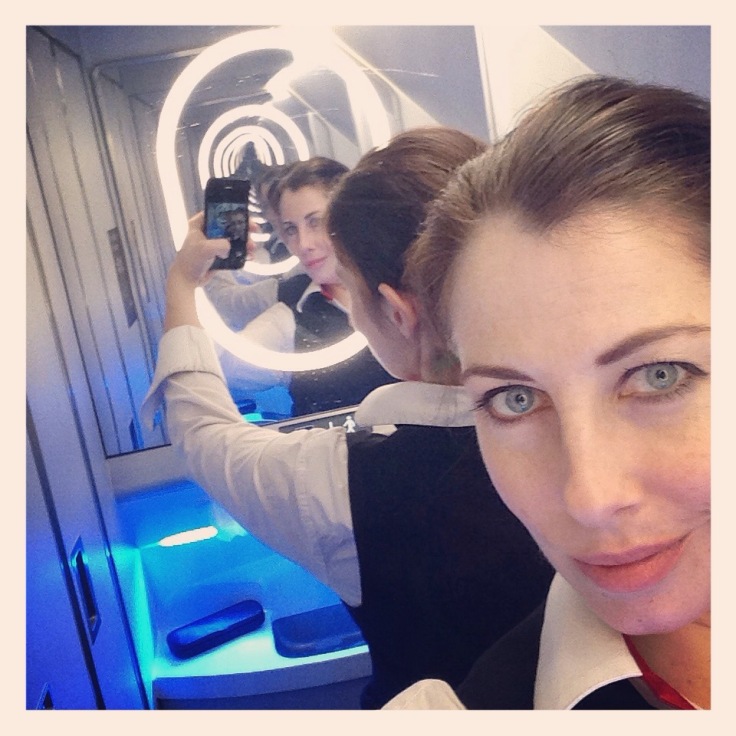 Hands down my best Laviation shot.

Q5: What is the scariest thing that ever happened to you on a layover?

A: On my first visit to Santiago, Chile, I was sitting in a cafe of one of the tallest buildings in the city when an earthquake struck. I had just settled down to a lovely coffee, cake, and prepared to do some travel journaling when the sirens went off. My last experience with an earthquake was in Japan, but this felt like a disaster film.

My relaxing cafe time was cut short, but I learned disaster preparedness. (2014)

The time I was a flight attendant, I rekindled friendships, visited new places, made many new friends, and discovered things about myself. I left the job while there were still things I loved about it which given my wanderlust, makes it exceptionally hard at times. Do I envy my FA friends’ travel photos? Absolutely. However, I only see it as motivation to improve myself, focus on my writing, and begin planning grander adventures that can span several days or weeks instead of cramming as much as possible into 12-24 hours. As far as I know, all the wonderful places I have yet to visit or revisit aren’t going anywhere, so there is still plenty of time to make the rounds and get my passport stamped. As Susan Sontag once said “I haven’t been Everywhere, but it’s on my list.”

Answer Me, These Questions Three:

My wings may be temporarily clipped, but jet fuel is in my blood.

One thought on “Friday Five: Adventures in Flying”